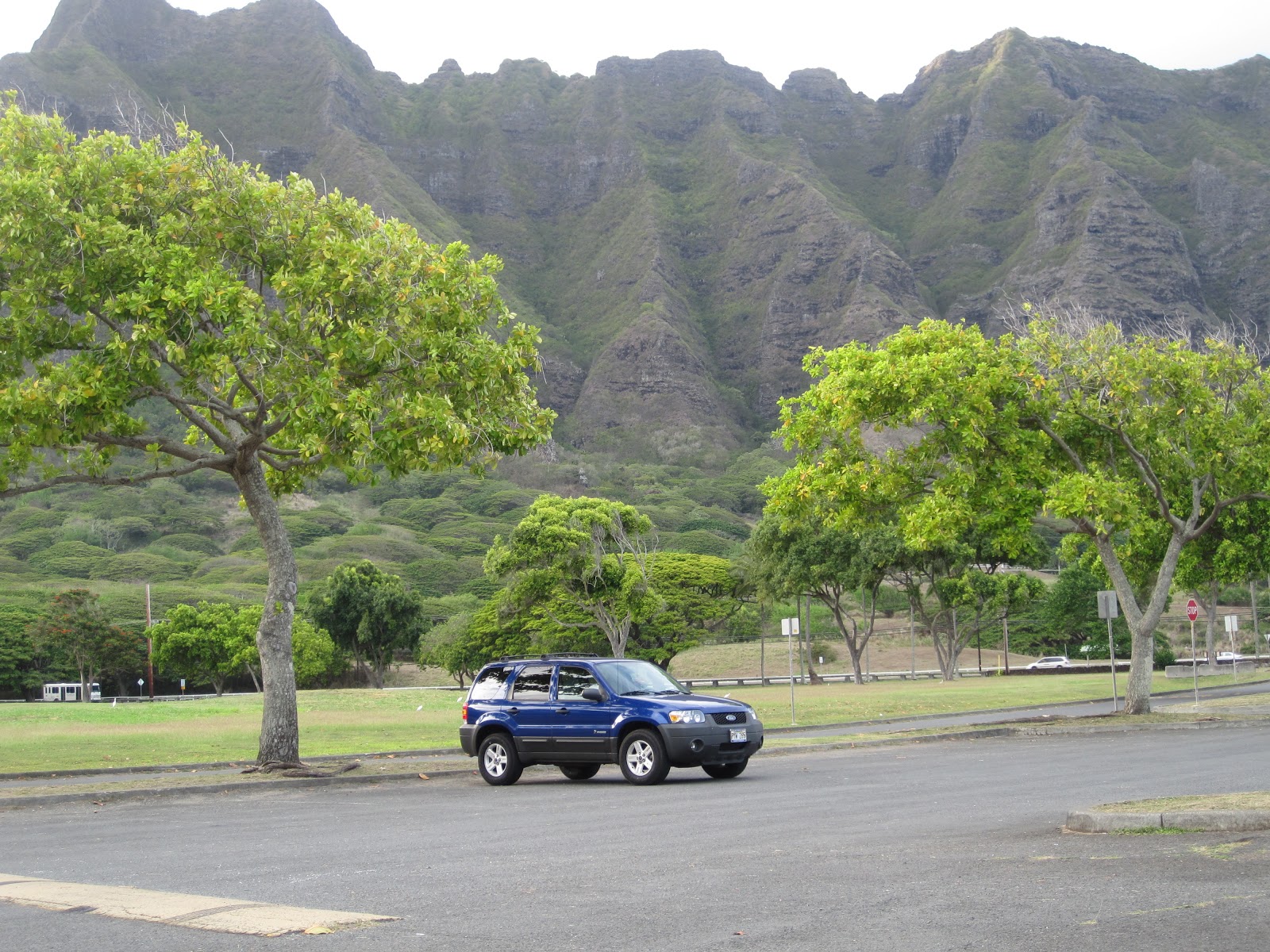 My baby was bought tonight! I've had people ask me about my car since they heard I was leaving...a few had the courtesy to tell me that it's just not what they were looking for while I never heard back from the other ones. I have been hoping/praying that a friend would buy it, mainly because I didn't want to deal with the hassle of craigslisting it or putting a sign on it.

A friend came by my office yesterday and started asking about it. I gave her details about it and she told me that depending on what they would hear about the car they own right now, they might be interested in buying it. Ok, I've been hearing that last part of the sentence for about a month or two now....kind of getting my hopes up, but just putting it in God's hands. Last night I got a call from her saying that she and her husband want to come talk to me more specifically about the car. REALLY?! Um, ok God....you know I need a car until June 8 or 9.....and they need a car like NOW.

We talked specifics and they wanted to do a test drive. Sure - no problem, tonight would be great! I got home later than I expected...so I was feeling kind of bad about it. Thankfully they were gracious about it and didn't complain at all :) Got home, they came shortly after that (they had to walk since they didn't have a car - I live down the street from them...a God thing?) and took my baby out. I really didn't care how long they were gone....and then they came back. I honestly thought by the looks on their faces that they weren't interested. I had resigned myself to the fact that I wasn't going to be able to help them out...or that they would think the price I quoted wasn't worth it.

Boy, was I wrong. They were actually going to give more for their down payment than what they mentioned earlier. That was a huge praise too since it is pretty much the exact amount that I still owe on the car! A God thing? I'm still in shock that in 2 days time they first inquired then bought the car. So, where does that leave me? Needing a vehicle really soon. They are graciously letting me keep the car until next week sometime. I have an appointment in town on Saturday....and will hopefully be able to take my baby to the North Shore one more time before she's no longer mine :) You know what....however God provides another vehicle will be....a God thing!
Posted by kb at 1:35 AM

Email ThisBlogThis!Share to TwitterShare to FacebookShare to Pinterest
Labels: God's hand on my life